An SBLC is a Stand By Letter of Credit. It has nothing to do with the classical Documentary Letter of Credit, which is used for international trading purposes. AN SBLC is the USA form of the well known Bank Guarantee (BG) . The Swift code for an SBLC is MT760.

SBLC’s (and BG’s) can be used to enhance your ability to apply for a line of credit with your bank; in other words, it can be used as collateral when your bank is asking for additional comfort when you ask them to fund your project.

Documentary credits, however named, have certain characteristics in common.

First of all they are separate transactions by their nature from the underlying contracts on which they may be based.

Secondly, documentary credits deal with documents only but not with the goods, services and/or other performances to which the documents may relate.

Letters of credit can balance the risks of the parties because the irrevocable payment guarantee is given by an independent and reliable third party, which fulfils its irrevocable payment obligation against the presentation of conforming documents. These common characteristics have been stated in both of the latest documentary credit rules; UCP 600 and ISP 98. 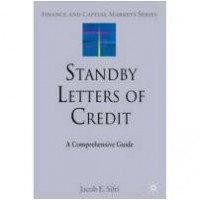 Standby letters of credit have very similar characteristics with the demand guarantees which are issued subject to the Uniform Rules for Demand Guarantees, ICC publication No : 458.