Trading Commodities can be a very lucrative business. However like anything else in the world, it is important to know as much as possible about the trade you are in.

Commodity Markets are markets where raw or primary products are exchanged. These raw commodities are traded on regulated commodities exchanges, in which they are bought and sold in standardized contracts.

This article focuses on the history and current debates regarding global commodity markets. It covers physical product (food, metals, electricity) markets but not the ways that services, including those of governments, nor investment, nor debt, can be seen as a commodity. Articles on reinsurance markets, stock markets, bond markets and currency markets cover those concerns separately and in more depth. One focus of this article is the relationship between simple commodity money and the more complex instruments offered in the commodity markets.

The modern commodity markets have their roots in the trading of agricultural products. While wheat and corn, cattle and pigs, were widely traded using standard instruments in the 19th century in the United States, other basic foodstuffs such as soybeans were only added quite recently in most markets. For a commodity market to be established, there must be very broad consensus on the variations in the product that make it acceptable for one purpose or another. 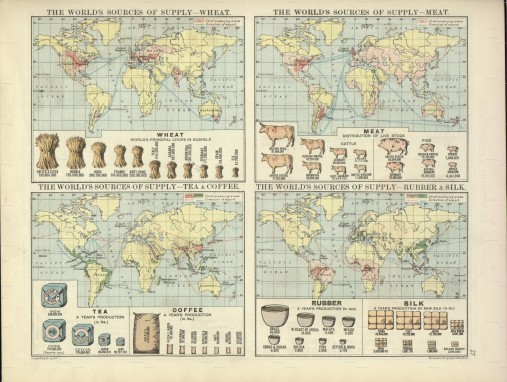 The economic impact of the development of commodity markets is hard to overestimate. Through the 19th century “the exchanges became effective spokesmen for, and innovators of, improvements in transportation, warehousing, and financing, which paved the way to expanded interstate and international trade.”

Historically, dating from ancient Sumerian use of sheep or goats, other peoples using pigs, rare seashells, or other items as commodity money, people have sought ways to standardize and trade contracts in the delivery of such items, to render trade itself more smooth and predictable.

Commodity money and commodity markets in a crude early form are believed to have originated in Sumer where small baked clay tokens in the shape of sheep or goats were used in trade. Sealed in clay vessels with a certain number of such tokens, with that number written on the outside, they represented a promise to deliver that number. This made them a form of commodity money – more than an I.O.U. but less than a guarantee by a nation-state or bank. However, they were also known to contain promises of time and date of delivery – this made them like a modern futures contract. Regardless of the details, it was only possible to verify the number of tokens inside by shaking the vessel or by breaking it, at which point the number or terms written on the outside became subject to doubt. Eventually the tokens disappeared, but the contracts remained on flat tablets. This represented the first system of commodity accounting. 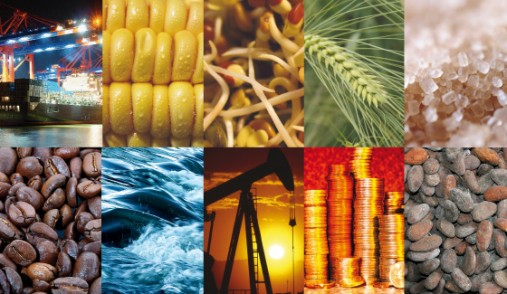 Classical civilizations built complex global markets trading gold or silver for spices, cloth, wood and weapons, most of which had standards of quality and timeliness. Considering the many hazards of climate, piracy, theft and abuse of military fiat by rulers of kingdoms along the trade routes, it was a major focus of these civilizations to keep markets open and trading in these scarce commodities. Reputation and clearing became central concerns, and the states which could handle them most effectively became very powerful empires, trusted by many peoples to manage and mediate trade and commerce.

Size of the Market

The trading of commodities consists of direct physical trading and derivatives trading. Exchange traded commodities have seen an upturn in the volume of trading since the start of the decade. This was largely a result of the growing attraction of commodities as an asset class and a proliferation of investment options which has made it easier to access this market.

The global volume of commodities contracts traded on exchanges increased by a fifth in 2010, and a half since 2008, to around 2.5 billion million contracts. During the three years up to the end of 2010, global physical exports of commodities fell by 2%, while the outstanding value of OTC commodities derivatives declined by two-thirds as investors reduced risk following a five-fold increase in value outstanding in the previous three years. Trading on exchanges in China and India has gained in importance in recent years due to their emergence as significant commodities consumers and producers. China accounted for more than 60% of exchange-traded commodities in 2009, up on its 40% share in the previous year.

Commodity assets under management more than doubled between 2008 and 2010 to nearly $380bn. Inflows into the sector totalled over $60bn in 2010, the second highest year on record, down from the record $72bn allocated to commodities funds in the previous year. The bulk of funds went into precious metals and energy products. The growth in prices of many commodities in 2010 contributed to the increase in the value of commodities funds under management.

Spot trading is any transaction where delivery either takes place immediately, or with a minimum lag between the trade and delivery due to technical constraints. Spot trading normally involves visual inspection of the commodity or a sample of the commodity, and is carried out in markets such as wholesale markets. Commodity markets, on the other hand, require the existence of agreed standards so that trades can be made without visual inspection.

A forward contract is an agreement between two parties to exchange at some fixed future date a given quantity of a commodity for a price defined today. The fixed price today is known as the forward price.

A futures contract has the same general features as a forward contract but is transacted through a futures exchange.

Commodity and futures contracts are based on what’s termed forward contracts. Early on these forward contracts — agreements to buy now, pay and deliver later — were used as a way of getting products from producer to the consumer. These typically were only for food and agricultural products. Forward contracts have evolved and have been standardized into what we know today as futures contracts. Although more complex today, early forward contracts for example, were used for rice in seventeenth century Japan. Modern forward, or futures agreements, began in Chicago in the 1840s, with the appearance of the railroads. Chicago, being centrally located, emerged as the hub between Midwestern farmers and producers and the east coast consumer population centers. 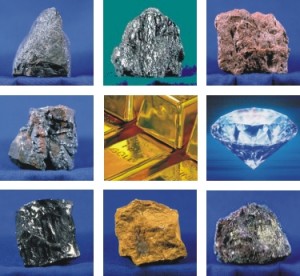 In essence, a futures contract is a standardized forward contract in which the buyer and the seller accept the terms in regards to product, grade, quantity and location and are only free to negotiate the price.

Hedging, a common practice of farming cooperatives, insures against a poor harvest by purchasing futures contracts in the same commodity. If the cooperative has significantly less of its product to sell due to weather or insects, it makes up for that loss with a profit on the markets, since the overall supply of the crop is short everywhere that suffered the same conditions.

In addition, delivery day, method of settlement and delivery point must all be specified. Typically, trading must end two (or more) business days prior to the delivery day, so that the routing of the shipment can be finalized via ship or rail, and payment can be settled when the contract arrives at any delivery point.

In the United States, the principal regulator of commodity and futures markets is the Commodity Futures Trading Commission but it is the National Futures Association that enforces rules and regulations put forth by the CFTC.

Building on the infrastructure and credit and settlement networks established for food and precious metals, many such markets have proliferated drastically in the late 20th century. Oil was the first form of energy so widely traded, and the fluctuations in the oil markets are of particular political interest.

Some commodity market speculation is directly related to the stability of certain states, e.g., during the Persian Gulf War, speculation on the survival of the regime of Saddam Husseinin Iraq. Similar political stability concerns have from time to time driven the price of oil.

The oil market is an exception. Most markets are not so tied to the politics of volatile regions – even natural gas tends to be more stable, as it is not traded across oceans by tanker as extensively. 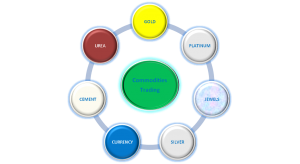 Developing countries (democratic or not) have been moved to harden their currencies, accept International Monetary Fund rules, join the World Trade Organization (WTO), and submit to a broad regime of reforms that amount to a hedge against being isolated. China’s entry into the WTO signalled the end of truly isolated nations entirely managing their own currency and affairs. The need for stable currency and predictable clearing and rules-based handling of trade disputes, has led to a global trade hegemony – many nations hedging on a global scale against each other’s anticipated protectionism, were they to fail to join the WTO.

There are signs, however, that this regime is far from perfect. U.S. trade sanctions against Canadian softwood lumber (within NAFTA) and foreign steel (except for NAFTA partners Canada and Mexico) in 2002 signalled a shift in policy towards a tougher regime perhaps more driven by political concerns – jobs, industrial policy, even sustainable forestry and logging practices.