The War in Syria

Unfortunately, for the UN, unfortunately for the world and devastating for the suffering Syrian people, the civil war is still going on and apparently, the end to this bloodshed is still far away.  For the UN this humiliating situation is showing the world an organisation with weak leadership and unable to act when needed.  But the UN leadership is of course a result of what the big nations are interested in – namely an organisation they can manipulate according to own discretion.  And with members like Russia and China where human life has no value and an indecisive US, I am afraid we will see the innocent women and children of Syria still will be sacrificed – it is a disgrace to the human race! 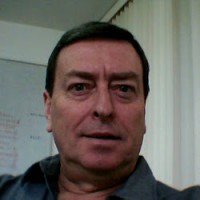 Igor (53) is a highly accomplished, skilled, and talented Senior Consultant with a proven record of accomplishment, expert in forecasting work force requirements, establishing/redesigning organizations, and influencing/leading the work of individuals and groups in change initiatives.  He brings with him some valuable skill sets to us at Economic Consultants.  He is located in Guayaquil, in Ecuador.  With 30 years plus experience from multinational and national companies at management, level (Colgate Palmolive, Shell, Reckitt & Colman, Glidden, Hyundai, Ford).  He is more than familiar with different Industries and the Latin-American environment.  For the last few years, he has additionally been running his own consultancy company.  He looks forward to assisting you in questions around funding   and all the other services offered here at EC.

In the past, when the US and European economies struggled, so did most of Latin America’s.  However, that has changed: after the Great Recession, countries in South America have seen economic booms, growing much higher than the world’s wealthiest countries. Rapid economic growth and more inclusive social policies in Latin America in the last decade have lifted 50 million people into the middle class, who for the first time rivals the poor in number, the World Bank said in a study (Nov 2012).  This is due to the strength of Asian economies and their reliance on commodity-exports. 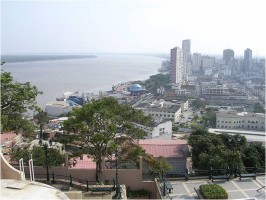 Almost every country in South America is a big exporter: Chile and Peru together mine about a third of the world’s copper, Brazil mines hundreds of millions of tons of iron, and Colombia, Ecuador and Brazil are the world’s biggest coffee growers.  Bolivia exports tin. Venezuela and Ecuador are big oil exporters; Ecuador is the largest banana exporter in the world along with being one of the big players in tuna and shrimp exports. The cash machines in Santiago are running out of money, but it is not a run on the banks.   Shoppers in Chile are simply spending peso notes faster than the automated tellers can provide them.  New skyscrapers are rising up in Bogotá and in Panama to create the office and retail space needed by a growing economy.

Mexico – the new darling of foreign investors – is outstripping GDP forecasts.  Brazil, overtook the UK as the world’s sixth biggest economy last year.  Ecuador is in a race to finish first class infrastructure regarding roads, health, and education. We see a huge potential for our services in the time ahead of us.  EC has long experience and networks enabling us to assist as advisors and fundraisers, and building connections between European and Asian companies and their new counterparts.  “We are proud to have achieved an agreement with Mr. Lubkov,” says Mr. LJ Myrtroen, Founder of EC, with HQ in London, UK.  “We have spent many years developing our foothold in the region and are happy to see an international, highly experienced consultant like Mr. Lubkov take the lead.”  We run our operations from Guayaquil, in Ecuador.” 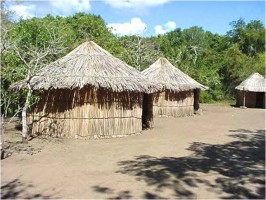 Originally populated for centuries by indigenous aboriginal peoples known as Taínos, the island was claimed by Christopher Columbus for Spain during his second voyage to the Americas on November 19th 1493.  Under Spanish rule, the island was colonized, and the indigenous population was forced into  slavery and wiped out due to, among other things, European infectious diseases.  Spain possessed Puerto Rico for over 400 years, despite attempts at capture of the island by the French, Dutch, and British.  Source; Wikipedia.

In 1898, Spain ceded the archipelago, as well as the Philippines, to the United States as a result of its defeat in the Spanish-American War under the terms of the Treaty of Paris of 1898.  Since then Puerto Rico has remained under United States rule.  Officially the name is the “Commonwealth of Puerto Rico” (Spanish: Estado Libre Asociado de Puerto Rico), and the land is an unincorporated territory of the United States. Seeing how much money, the US contributes throughout the world it is kind of strange seeing the poverty of these islands. 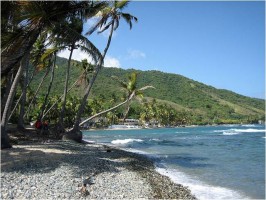 And why keep it as territory – you might as well call it a colony?  Why not either give it its freedom or incorporate the country as a state in the USA?  Of course, if you let it go you would lose control, and make it into a state you would have to pay more attention to its condition.  Again having seen the conditions in several places in the US you may wonder the willingness of spending so much money abroad.  Perhaps it is about time the US started tiding up its own backyard – at least do something about it!

We have different programs tailored to different needs.  The PLC program offers funding from medium to long term with favourable interest rates.  Our clients can apply for loans from US$ 50 to 150 Million.

Our PPP program is similar to the PLC program.  Terms & Conditions will vary from project to project, but favourable compared to most programs.  Here our clients can apply for loans from US$ 200 Million and upwards.

The Norwegian Stock Exchange has shown a strong growth in January going from 417 to 435.  EURO/NOK has shown a stronger Euro and USD)NOK the opposite going from 5.52 to 5.44.  Will the Stock Exchange be able to maintain is position or even improve further – we guess that we have seen the best for now.  GB£/NOK has gone from 9.02 in the start of January to 8.55.  Wonderful and foreseeable for traders who has done very well in January.

In Denmark unemployment figures nearly stopped, something that surprised a lot.  The rate stays at 6.2%.  The Trade and Investment Minister of Denmark, Pia Olsen Dyhr is worried about stagnating foreign investments to the country.  Foreign companies stands for 20% of the work force in private sector.  An expert group suggested 13 measures to improve the conditions and it will be interesting to see if when implemented, they again will attract investors from abroad.

The Swedish exchange also started to wake up at the end of the month.  Exactly where the optimism came from is a bit uncertain and I see no reason for continued growth unless we see some major changes in Central Europe.

EUR/USD is currently trading at around 1.35.  The recent upward trend is unlikely to hold so back to 1.34 levels is more likely.  I still think President Obama seem unable to create the highly needed confidence for his plans, and when republican policies seems more to be focused on how to prevent him having his way than thinking of what’s best for the country we will see no changes.

The UK.  The British economy is showing no improvements and Mr. Cameron is sending strange signals.  His strategy with cutting public spending hoping to improve the deficit and high debt will only work if he can improve growth.

Information and markets in 20+ countries now available. Make the EC page your own homepage and have access to updated rates in all major markets. All major Indices, Stocks, Commodities, or Currency rates are there and with a click you can see the latest development or study historic data.  Go to “Net Trading, Live Rates”, pick the country and language of your choice and get started.

Again we turn to Dell.  The new Inspiron 15z Ultrabook deserves our attention.  With 3rd Gen Intel® Core™ processors and the performance-enhancing features of Windows 8, the Inspiron 15z Ultrabook is as powerful as it is portable.  With Intel Rapid Start Technology1 and the mSATA drive, your 15z rapidly wakes up from sleep mode. 3rd Gen Intel® Core™ i3, i5 and i7 processors available.

The Inspiron 15z Ultrabook balances fast processing with efficient power use.  Windows 8: Automatically sync your files and photos to the cloud for easy access from all your devices.  Intel® Rapid Start: Why wait? Inspiron 15z resumes from sleep mode in seconds with the standard mSATA  drive and Intel® Rapid Start Technology4.  Long battery life: With up to 7 hours of battery life.  Solid state drive: Get the performance and durability advantages of an optional solid-state drive that delivers fast performance with larger capacities.  Optional touch capability Experience hands-on interactivity with the Inspiron 15z’s optional touch functionality.  The things you do with a mouse and keyboard are more intuitive with touch.

Access your email and favourite websites, view and edit your pictures and movies, and switch between apps, all with the touch of your fingers on the resilient edge-to-edge Corning® Gorilla® glass display. Windows 8: Experience enhanced touch functionality and interactivity with the new Windows 8. Intuitive navigation: Zoom, scroll and rotate with easy-to-master gestures. Durable screen: The capacitive multi-touch display shows its tough side with edge-to-edge Corning® Gorilla® glass. Sleek design: LCD bezel and seamless frame design provides a smooth finger swiping surface.

If you want to see a printable version; please click below;