Portugal next in Line!

With Hellas fairly under control a new ghost is climbing the horizon. Portugal is no longer able to cope with a fall in growth and a growing unemployment rate so trouble is just around the corner. Unlike Spain who started taking measures in 2008/9 Lisbon was continuing as before. Now when they realize the seriousness of the situation it is too late – they will not manage and a default is just around the corner unless they are getting help. 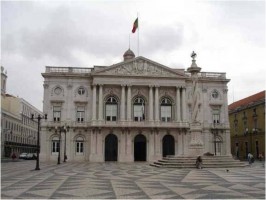 And the rescue must come from the other EU country (ies). The reason for using country in single is that a creeping suspicion is growing when it comes to France. Will they be able to support or do they have enough with handling their own problems? I am fearing we will see the answer to that sooner than later.

Spain may be the next one out!

Spain’s first general strike for 18 months has been well-supported, as citizens protest against the government’s labour reforms and austerity plans.
Protests began early, with demonstrators clashing with police in several cities as they tried to disrupt buses and prevent lorries arriving at, or leaving, wholesale markets. Over 50 people were arrested, and a small number treated for injuries.
Unions say they were pleased with the turnout today. Transport links have been badly affected, with hundreds of flights cancelled, and trains and buses delayed.
Mariano Rajoy’s government, though, refused to bow to pressure. Ministers insisted that the labour reforms are essential.
This evening, peaceful marches took place in Madrid and Valencia, with hundreds of thousands of people massing in Madrid’s central square.
However, there have been many examples of violence in Barcelona, including reports of teargas and rubber bullets being used, and of a Starbucks being set alight.
Tomorrow, Spain will remain in the spotlight as the government announces its new austerity budget, while in Copenhagen, euro zone ministers will meet and – hopefully – agree the details of a new firewall.
One last snippet of information from Spain – there are reports that as many as 900,000 people took part in the march to Madrid’s centre square, Puerta del So, this evening. 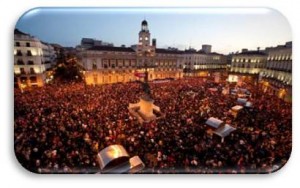 The Norwegian Krone fell significantly against all important currencies, as we had foreseen after the Central banks adjustment on mid March. The key question is as always, will we see stability around the new levels and will it last.
This is what it looked like on GBP/NOK

We have only had a couple of weeks to follow the market after the change. The USD/NOK had this pattern in then same period;

Looking at the Euro/Nok situation we see a pattern very much in line with what the Norwegian central bank would like it to be.

We were nearly alone in our predictions last time and most likely now also, but we think that due to a rather extended holiday in Norway in connection with Easter nothing much is going to happen, but come May we will see changes.

As we predicted in our latest News letter, Norges Bank’s (“Bank of Norway”) Executive Board decided today to reduce the key policy rate by 0.25 percentage point to 1.50 per cent. The effects were as hoped for (see our article https://economic-consultants.com/4235/norwegian-key-policy-rate-reduced-by-0-25-percentage/.)
We think that we will see more changes in the future. The Central bank is far from its inflation target and unless they change the target, changes must be made.

Our trading platform is better then ever. We have now launched at ticker line on our first page. Make the EC page your own homepage and have access to updated rates in all major markets. All major Indices, Stocks, Commodities or Currency rates are there and with a click you can see the latest development or study historical data.

Now you can also follow your positions without sitting in the office, just a click on your mobile phone and you are in. Instruction for downloading the plus500 mobile app will appear on our Home Page very soon.

Enclosed in a precision crafted, full aluminium uni-body shell, Xperia P stands out with its unique, simple design. Xperia P has attractive design features including the “transparent element”, a band that encircles the base of the phone and also integrates antenna components. The transparent element lights up when receiving calls, texts and notifications. Dominating the front is a 4” Reality Display (powered by Mobile BRAVIA Engine) with White-Magic technology. Xperia P introduces White-Magic display technology from Sony for the first time on a smartphone. White-Magic technology brings the brightest viewing experience, with clear visibility even in broad daylight. With the ability to automatically adjust the brightness of the screen according to the surroundings, the display can conserve battery life. Running on Android 2.3 Gingerbread, Xperia P will be upgraded to Android platform 4.0 (Ice Cream Sandwich) during Q2 2012. Under the hood, there is powerful 1 GHz dual-core processors for super fast performance and 16GB flash storage. 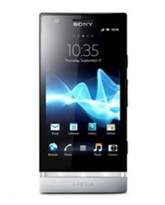 Equipped with a fast capture 8 megapixel camera, users are ensured to get the right shot with their smartphone. The smartphone ensures users will never miss a shot, thanks to just over a second from sleep to capture and one second between shots. The Exmor R for mobile image sensor ensures stunning photos despite in poor lighting conditions. The new SmartDock dedicated for Xperia P offers simple connectivity to multiple displays, transforming the smartphone into an entertainment hub for living room. Users can use the TV remote control to navigate their smartphone’s media content to watch their HD videos in full screen. With USB support in the SmartDock, users can also connect wireless keyboard and mouse to write emails, browse and post Facebook or watch videos from YouTube on their TV. With access to Sony Entertainment Network, users can download movies from Video Unlimited as well as more than 15 million songs from Music Unlimited. The Sony Xperia P should reach the shelves sometime during Q2 2012.

If you want any information on our exiting projects, you are more than welcome to contact us.
A number of new and useful Templates are published every month. Stay on top go to the EC home page regularly! 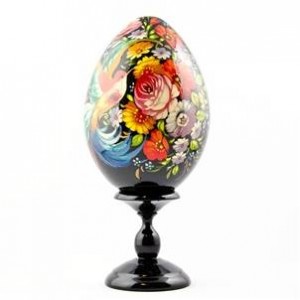 If you want to have a printable version please click below;