othing much has actually changed over the last month or so. Mrs Merkel had her  victory, the Brits refused to go along as we all new would happen, and the Swedes got their own deal. Sweden, lead by a very successful conservative government and one of the very few European countries making money has the strength to dictate their own terms and will join as an observer.

nteresting though is what might come out of this. Will we see countries like Greece, Italy and Portugal turn from a 50% black economy to a more foreseeable and controllable economy? How long will it take? And will new means bring a solution to the enormous debt problem. I am unfortunately afraid that the PIGI countries will resist as long as possible, and that it will be impossible to avoid huge losses for banks and North Western European countries. Europe’s biggest problem has been and will be the lack of a common fiscal policy. Before that is in place there will still be problems. New and similar tax systems has to be in place and the same goes for pensions. The Greeks can not anticipate that German workers will continue working into their late sixties while they drop off in their early fifties. So the price for the bail out will be a harmonised system dictated by the Germans and perhaps in three to five years time from now, we will see a more united Europe than ever before going forward in strength. I think we have seen the last of Britain’s influence in shaping European mainland policies and in the future will see a more independent England making its own deals and stick to their Pound. And as I have said earlier a stronger alliance with Norway may come as a result of the fact that Norway will not become a member although both the labour party’s elite and the conservatives  want to join, the population will stop it. With Norway’s enormous gas and oil reserves that might not be such a bad idea for the next 25 years ahead of us. 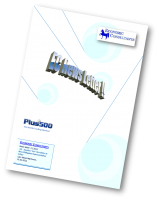 he Norwegian Krone has strengthen again against most currencies apart from the British Pound.

ince the peak in early May last year (1.49) the Euro has fallen against the US$, now stumbling around 1.31/2. It was reason to believe that yesterdays agreement would have given some strength to the Euro, but the small raise did not last for too long and it seems like no one believes that the European Union will be able to avoid what’s coming.

he Swedish Krone is as predicted stable and standing strong against the Euro. If it continues like now they will have gone back to last February’s 8,79 level in a couple of weeks. The drop in the Euro has been dramatic falling from 11.18 in March 2009. If looking at the development against the USD you will see a different picture and it will exiting to see if the SEK will continue strengthening its position or if it is over for now.

ith little growth in the Norwegian   economy another drop in interest rates is likely to come. The Norwegian Central Bank has always had a tendency of late (often too late) reactions so we may have to wait until March before we will have a change. Whether Mr. Olsen will be as bold as last time remains to be seen, but a cut will come. And with still a slow European marked our prediction of a reduction before the end of Q1 has become even more likely.

or Europe and the UK we will still see a stable level of interest rates and as we have said earlier it is not much more to go on. Key factors will be if they will be able to handle the sky high unemployment levels and bring growth into the economy. With heavy cut backs in government spending growth must come from the private sector. It is still hard to see how that can happen without finding ways of stimulating trade and here I guess we will see the difference of socialistic and liberal models. The country most successful is Sweden and Germany and the first one is most impressing since they have managed to turn the disaster their socialist government had managed to create. A model well worth studying.

e have now the Plus500 trading platform ready for you in 15 different languages with associated markets. If any of our trading clients wants access to other markets, like a French trader wants access to the German or Polish market, we will be more than pleased to make that available in French or any other language desired. 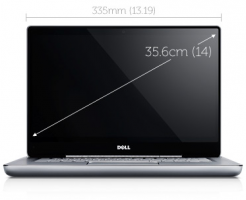 e decided last year to strengthen the EC organisation. We will still continue working as before with a more loosely formed organisation, but representatives with a close connection will be added to the group. First out in January is Mr.  Aquilino “Jun” Bernaldez JR. Jun is based in the Philippines and will make a great asset to the organisation.

f you want any information on our exiting projects, you are more than welcome to contact us. A number of new and useful Templates are published every month. Stay on top go to the