73 years ago Nazi Germany invaded Denmark and Norway. This was the beginning of a five year long nightmare soon to encompass most of the world.

The same questions have been raised a hundred times more over, how could it happen?  And the answer is pretty simple, weak and naive people are closing their eyes to reality. Someone obviously also have an agenda entering into the side of evil and some joins because the way they see this, it’s a choice between plague and cholera.

In those days it was for many to choose between communism and something they defined as nationalism.  Now we all know that neither was a good choice and luckily Nazism is long gone and one must be pretty blind to still think communism is the way forward.

German troops are being escorted into Oslo by the Norwegian Police with people watching like it was their National holiday!

For the three Scandinavian countries this had very different outcome. The Swedes proclaimed being a neutral country. 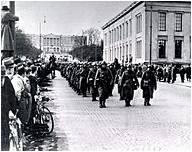 To them, that meant selling their goods to both parties in the war, and letting German troops travel by train through Sweden into Norway.  When the war ended they were the richest country in Europe, but their attitude puts a black stain on the country, which still will take another 50 years to get rid of.

On the Danish side resistance was minimal and they surfed through the war pretty much unharmed.  The soldiers called being stationed in Denmark, serving at the bacon and cream front.

The picture showing German troops are being escorted into Oslo by the Norwegian Police with people watching like it was their National holiday!

When the Germans took Norway they initially met very little resistance. Norwegian police even escorted their troops into Oslo.  At the time the country was lead by a social democratic government that for years had been running around with a broken rifle on their jackets and systematically dismantled the military forces.  They immediately fled the country and had left the door wide open to any intruder.

But the victors write the history.  And when reading the story today it is really embarrassing to see how they were able to manipulate the whole situation to their advantage.

Some people were shot after the war – I think most people saw no problem in the execution of the National socialist Quisling, and his closest associates.

However those who deliberately had opened all the doors and run away to hide in England got away with it. They should obviously have been court-martialled and met the same destiny as the Nazi leaders.

Everyone seems to think that Norway joined the allies, but no.  The same junta was not to keen to do that.  As a result, when the war was over, the Brits went over to handle the spoils of war.  In a totally depleted country where the Northern part had been burned down by the German troops, equipment and resources to serve an army of more than 300,000 troops were burnt, demolished, sunk at sea or taken out of the country.

My conclusion; the cost of socialist experiments are endless – both financially and to human kind! 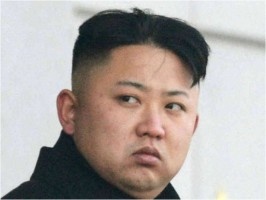 Is he only barking?

Rhetoric keeps on being hardened and obviously the North has not been able to get the attention they thought and wanted from the Americans.

The US on its side has a dilemma they definitely not like since the only true key to bringing this issue to an end is China.

With their position in the world today and not at least their own interests they for once cannot appear as the shitbag they normally do, supporting Syria, Iran and other hopeless regimes.

But this is obviously a big challenge to Chinas new leaders and it will be interesting to see how they will handle that.

Just knowing that Mr. Obama must go begging for help here is not exactly a situation they would like to be in either so again we will see if they can handle this.  We have heard the barking from North for decades.  Let’s hope it will stop there this time as well.

The Norwegian Stock Exchange has again made a dip.  EURO/NOK has flattened and USD)NOK and is falling again.  As written last time we predicted that the Stock Exchange would be having problems and this time we may even still see further downswings.

In Denmark the top 20 Stock index has fallen sharply again and nearly lost its gain.  The socialist government does not seem to find a way out of the country’s trouble.  A lock out in the public sector (Teachers) is sending some strange signals.  DKK/NOK did show some positive sign last month but again it seems to loose ground.

The Swedish Stock Exchange who had some interesting growth tendencies has also stopped.  The positive strengthening against the NOK stopped as well so we need to see so other changes in the export industry if we again will see growth.  That growth will never come from Sothern Europe. Sweden used to have great flagships both in the car and trucking industry together with electronics with Ericsson being a strong locomotive.  Most of this is gone or on its way out so it will be interesting to see if they will manage breakthroughs in other fields.

EUR/USD is currently trading at around 1.27.  This may be the bottom for now.  The US economy seems to be gaining ground but we need to see far stronger growth in the employment rates before we can say the patient has been cured.

The UK.  Like the rest of the economies we are following we saw some small improvements last month, but that is soon lost again.  The currency keeps on falling and will still do.  Hopefully this will boost exports and bring the very much needed growth back to the country.

Information and markets in 20+ countries now available.   Make the EC page your own homepage and have access to updated rates in all major markets. All major Indices, Stocks, Commodities, or Currency rates are there and with a click you can see the latest development or study historic data.  Go to “Net Trading, Live Rates”, pick the country and language of your choice and get started.

The Lenovo IdeaPad U400 laptop offers a great combination of style, performance, and superior input ergonomics. It is part of Lenovo’s U series (U as in ultraportable), but at 0.9-inches thick and close to 5 pounds with the AC adapter, the U400 is more aptly defined as an all-purpose laptop; a very good one, but all-purpose nonetheless. The extra thickness (the U300’s Ultrabook is only 0.6 inches thick) is largely to accommodate the U400’s slot-fed DVD burner. 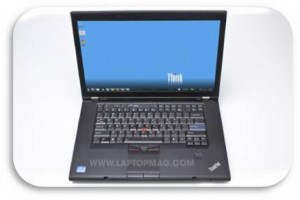 Subjectively, the U400 feels very quick (once Windows 7 Home Premium has finished its initialization housekeeping), and video playback is smooth at all resolutions. That includes 1080p material, which is actually beyond the U400’s 14-inch,

1366 by 768 display’s native capability. Said display has a rich colour palette and a wide viewing angle, though there is one point at about 45 degrees off centre where the glossy covering is more prone to glare in bright conditions. Audio is surprisingly crisp and loud through the speakers.

Lenovo has hit the nail on the head in terms of looks, with the same ultraclean lines as the U260 and the U300’s. Though the keys have a short amount of travel, the keyboard still has a crisp feel, and the large one-piece glass touchpad (you press on the front to click) has a great feel as well.

The U400 has no VGA port, but you can output video via either HDMI or WiDi. It has three USB ports, one of which is USB 3.0. You also get a headphone jack, and the integrated microphone next to the 1.3-megapixel webcam is for audio input. The Ethernet port is gigabit, the wireless is 802.11 b/g/n, and Bluetooth is on board.

If you’re not a thin-is-in type, then the U400 will provide you with much the same experience as its U-series brethren in terms of aesthetics, typing, and pointing. It’s fast enough for most purposes, and you get a larger 14-inch screen. It’s a tad pricey for an all-purpose, but you always pay extra for style, and this unit has it in spades.  With a retail price around USD 850 this is quite a bargain. 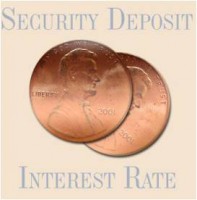 We offer our Clients Investment Opportunities of different categories.  This is one of the more risk free and can be compared with a bank deposit.

This is the first offer of its kind and we are working hard to be able to offer similar Investments in the time to come.