Leong received MBA with concentration in Strategic Management from Metropolitan University of Ireland. She studied Mass Communication & Advertising with Fashion Institute of Technology, Manhattan, New York (USA). She is  Member of the Dublin Metropolitan General Management Institute – (Ireland), Member of Chartered Institute of Marketing, CIM (UK) and she is a   Founding Member of the Malaysian-Russian Business Association (MALRUBA)

Leong was born and raised in Malaysia, but worked in United States, Hong Kong, China and Malaysia with extensive business networks in China, Russia, Europe and Middle East.

In 2015, the 10 members of the Association of Southeast Asian Nations (ASEAN) are expected to create an integrated regional market called the ASEAN Economic Community (AEC). This will in effect, create an economic union with the intent of facilitating trade, strengthening political ties and increasing financial harmonization across the region.

Singapore sits at the most advanced end of the development spectrum, ranking 4th out of 62 countries globally in the World Economic Forum’s annual Financial Development Report. Singapore’s foreign exchange, derivatives and equity markets are regarded as some of the most advanced in the world, not just the region.

The regional integration plan has the potential to provide a considerable boom to the ASEAN members’ economies and further improve the region’s competitiveness vis-à-vis China and India. However, integration between countries of widely divergent levels of development could cause significant challenges, particularly in times of financial instability. In order for ASEAN to fully realize the benefits of integration, the least developed countries in the region will need to be fully committed to opening and developing their financial sectors over the coming years.

At EC we are proud to have Mrs. Jessy Leong to spearhead the expansion plans and capitalize in these emerging markets. EC creates a strategic bridging platform for financial advisors, fund raisers and investors building connections between European and Far East countries.  EC’s platform and conceptual active development of alternative funding can facilitate unlimited numbers of viable projects.

For those hoping that the war in Syria would soon be over I think we have all finally understood the axis of evil will not let that happen.  This is not only a battle for power but also a religious something that make it even worse.  It is nothing but pathetic when both parties believe in the same God and at the same time are willing to kill savagely in the name of the same God.  This reminds us quite a lot of the religious war going on in Europe a few hundred years back in time – exactly the same pattern.  And how was it possible?  An uneducated population, easy to bewilder, exactly as it is in the Middle East today.  As history tells this will go on for quite some time ahead of us and innocent women and children will as always be paying the price in blood.

For a long time I have nourished a small hope for Turkey, but the recent events has revealed a man who has been elected by democratic elections, but never still understood the word and definition of democracy.  So a small reminder; it does not mean that you can brutally beat up your own population and send them to prison.

The Norwegian Stock Exchange has taken on a bit, but unsettled markets keep on pulling it back EURO/NOK is floating within the same range.  USD/NOK is been fairly stable, lying between 5.70 to 5.90.  Although it still is in Obama’s interest to have a weak currency some signs are indicated that things starts to shape up in the US.

In Denmark the top 20 Stock index keeps on tumbling, but the dips are not so significant so maybe we are seeing the bottom here.

The Swedish Stock Exchange is following the same trend as all the others – so not exactly exiting and we are waiting to see if their new signals will manage to create any growth.

EUR/USD has over a period since January 2012 to now, kept itself inside the same range and still does.  Although French PM Holande declared Europe to have put the crisis behind and declared the sickened baby for healthy again we saw no immediate reaction on the Exchange rates.  It is quite shocking actually, but I have never understood what measures socialists are using.  Perhaps it is his 75% income tax that has made the trick!

The UK main index looks like the rest of the European exchanges and nothing seems to have stabilized growth.  However UK got out of recession mode so we are still allowed to have hopes for the future.

But I have said it before and I will keep on saying it.  Until Europe is able to create new jobs before it exports jobs to China and the Far East, Europe will be ridden by very costly unemployment figures and all the negativity that follows.  The next big employment factor in Europe, the car industry can see jobs lost in the figure of millions in the next 24 months.

Information and markets in 20+ countries now available. Now also available as an app on your mobile phone.

Make the EC page your own homepage and have access to updated rates in all major markets. All major Indices, Stocks, Commodities, or Currency rates are there and with a click you can see the latest development or study historic data.

Go to “Net Trading, Live Rates”, pick the country and language of your choice and get started.

Samsung and Apple better beware – the HTC One combines stunning design, a supreme screen and explosive power to offer one of the best smart phones around.

It’s got a full HD screen crammed into 4.7-inches, which brings a 468ppi – well above what’s needed for the eye to discern, and it does definitely bring sumptuous sharpness throughout the use of the phone. 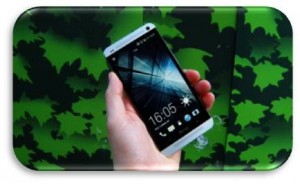 On top of that there is a CPU and RAM combo that is barely bettered, a more-than-enough 32GB of storage and top-end Bluetooth, Wi-Fi and 3G / 4G connections, all topped off by a completely re-imagined version of HTC Sense.

The HTC One has received a software update to improve the battery life of the phone significantly, as well as allowing other concerns related to Zoe creation.  With this in mind, it has been promoted to five stars and make it our Editor’s Choice.

The phone s at the sharp end of the smart phone price scale, although can be had for around £34 per month on a two year deal in the UK, which is not too bad at all compared to the competition.  On a SIM free deal, it is actually very impressive: £480 for the phone without having to monkey about with a network.

The design of the HTC One is something that you simply have to experience in the hand.  Where those that pick up the Samsung S3will go ‘ Oh, it’s a bit plastic, isn’t it? But ooh, it’s quite light’ and those who encounter the iPhone 5 will, to a person, say ‘Ooh, it’s very light isn’t it? You don’t expect it to be that light!’ those that try the HTC One will simply intone: ‘Oh, that’s really nice. Really, really nice.’

And do you know why? Simple: the HTC One is one of the best-designed phones on the planet.  Not content with inventing a new machining process to allow the body to be all aluminium, the Taiwanese firm has extended the screen to the edges of the chassis further than ever before, meaning you are getting a 4.7-inch Full HD display without the additional heft you had probably expect. 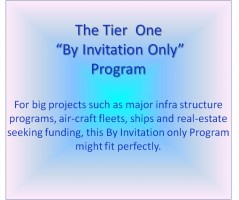 If you want to apply for equity or loan, please contact one of our Partners or go to our website for more information – and return the EC CIS!  (to be found under funding).
And if you want to download a printable version please click below!!
EC News letter 06 2013
LJ  Myrtroen
Senior Partner & Founder