The Fraudulent Nature Of The 2008 Bank Bailouts!

A regular response from bank bailout apologists back in 2008 was that absent the use of taxpayer money to prop them up, lending would freeze and businesses would collapse. The bailouts were necessary, according to the apologists, because our much-admired commercial sector is and was reliant on bank credit.

The above arguments were naturally ridiculous. As Thomas Woods noted in his book Meltdown, banks in 2008 only accounted for 20% of corporate lending. Furthermore, going back 100 years to the early part of the 20th century, according to G. Edward Griffin’s very uneven (and often conspiratorial) book The Creature from Jekyll Island, 70%+ of lending to corporations was of the corporation-to-corporation variety. 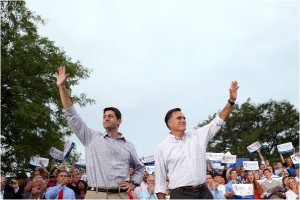 Put plainly, banks in the U.S. and elsewhere have long since been eclipsed by alternative sources of finance when it comes to providing companies with credit.

Putting it in numeric terms in the present, in their excellent new book Freedom Manifesto Steve Forbes and Elizabeth Ames write that U.S. companies have $1.2 trillion in bank loans outstanding, whereas their European counterparts have over $6 trillion. Contrary to popular opinion, the failure of one or many banks in 2008 would not have led to a collapse in credit for solvent companies.

In Europe unfortunately governments took the opportunity to take the ownership in the former crisis and even selling out a major part still plays a far too big role.

In the UK the government had to borrow enormous amounts to keep some of the so called key banks alive. Debts that later on hits back on the average population who will be suffering for years due to less public spending and lack of growth.

Why can we never learn? History has told us over and our what works and not. John Tamny, writer at Forbes, has some interesting observations which is worth following.

So when reading how Mr Ryan and Mr. Romney aim to turn the US around it is not exactly encouraging, but can not be worse than now I guess so still troublesome times ahead of us. To understand why, we must consider what economists refer to as the “substitution effect.” Basically, shortages of anything are often made up for by new market entrants. Banks are no different in this regard. Rather than prop up the weak in the future, it is necessary that we let free markets work their magic on the way to new sources of credit.