fter long debates and much worry we now can see an end. Huge packages in place but will it work? 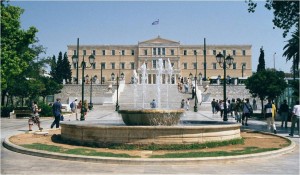 he Netherlands has been among the most reluctant countries to pledge support, with Dutch Finance Minister and Christian Democrat Jan Kees de Jager demanding close supervision of Greek budget cuts and reforms.“Greece is a problem child and will remain a problem child for the time being. (But) the price of leaving it to fend for itself is unprecedentedly high for Greece and the rest of Europe,” said Elly Blanksma-van den Heuvel, a member of parliament (MP) for the Christian Democrats.

he debt crisis that emerged in Greece more than two years ago has since forced Ireland and Portugal to take international bailouts and is threatening to suck in the much bigger economies of Spain and Italy.

“If we can’t keep unity, you wonder what will happen to countries such as Portugal, Spain and Italy. The contagion danger is not yet over,” Blanksma-van den Heuvel said in parliament.

e Jager has repeatedly complained of Greece’s poor track record in implementing reforms and, with some other countries, delayed a decision on the Greek package two weeks ago.

e Jager said he stuck to demands that Greece implements certain budget cuts and reforms on the short term and the euro group would get a report on Thursday from the troika group of ECB, IMF and European Commission on how much progress Greece had made on this subject.

“Unfortunately, the programme can still go wrong in Greece because Greek people live in Greece. After two years no one can blame the euro zone for unjustifiably not trusting Greece and strict monitoring is needed,” Harbers said.

“Greece now has to deliver.”

reeks, enduring their fifth year of economic recession, say the austerity measures they have been forced to accept in return for the bailout funds are impoverishing them.

ax hikes and wage and pension cuts have sent unemployment soaring and killed off many small businesses.

n arrangement that the European Central Bank would not take any losses on Greek government bonds but transfer profits on these bonds to euro zone countries’ central banks, was made to meet German demands, De Jager said.

e reiterated there was a chance Greece would need a third bailout in 2015 if the country could not return to market financing by then. Source; Reuters

he Norwegian Krone keeps on getting stronger against all significant currencies: The British Pound who had regained a bit has now dropped even further trading at 8.83. Whether the Euro will keep on falling is a bit uncertain, but after having broken the 7.50 level on February 17th the road is open and might give nice profits.

he Euro has managed to hold ground recently against the US$, now trading around 1.34. It was reason to believe that yesterdays agreement would have given some strength to the Euro, and a small raise seems to continue.

he Swedish Krone fellow below last years bottom level as predicted. Trading around 8.80 level. We see nothing that can change the pattern and the SEK will continue strengthening in the next 30 days as well. Against the USD we saw a picture pretty much as predicted and the last couple of days we have seen the SEK improving strongly. 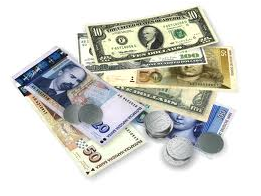 weden has a good grip on things and seems to continue doing the right things so over time we will see an improved economy and a solid currency.

he Danish currency mirrors the Euro. It is getting closer and closer to parity against the NOK. May be we will see a break through here in the next couple of days.

As we have said earlier The Norwegian Central Bank has always had a tendency of late (often too late) reactions. Last time we had a cut the argument was a too strong currency, hurting exporters. The cut had an effect but it did not last for too long and now the NOK is stronger than before the last cut, so what can he do? Only one thing; make a new cut.

o Watch Out, money to be made over a range of currencies. We may have to wait until March though before we will have a change.

or Europe and the UK we will still see a stable level of interest rates and as we have said earlier it is not much more to go on.

e have now the Plus500 trading platform ready for you in 18 different languages with associated markets. If any of our trading clients wants access to other markets, like a French trader wants access to the German or Polish market, we will be more than pleased to assist you.

hief executive Stephen Elop told reporters at the Mobile World Congress in Barcelona that the new phones — a low-price (euro) 189 ($254) smartphone that runs on Windows software and a handset with a high-resolution 41 megapixel camera — demonstrate “the actions necessary to improve the fortunes of Nokia.”

“With great products for consumers, I think the rest will fall into place,” Elop said.

n many countries, cell phone companies subsidize the sale of smartphones to customers who sign contracts.

he low price of the new phone means their out-of-pocket costs would be low, even if they give the handset away.

ut shares of Nokia Corp. closed down more than 6 percent at (euro) 4.06 ($5.44) on the Helsinki Stock Exchange after the announcements, wiping out gains made Friday when investors had hoped the Finnish company would map out bolder plans to claw back market share.

okia has lost its once-dominant position in the global cell phone market, with handsets running on Google’s Android software and iPhones from Apple enjoying booming popularity.

he Finnish company is attempting a comeback with smartphones using Microsoft’s Windows software in what Elop has called a “war of ecosystems.”

“We will accelerate our global reach with new mobile devices and services,” Elop said.

okia launched its first Windows Phone in October, eight months after Elop announced a partnership with Microsoft Corp., in a major strategy shift for the firm. Nokia said it would gradually replace its old Symbian software in its smartphones with the Windows operating system.

alik Saadi, an analyst at the London-based Informa Telecoms & Media, said the introduction of the budget Lumia 610 budget smartphone meant Nokia was closer to having entry-level smartphones equipped with Windows Phone 7 mobile software and that the company would “finally open innovation and differentiation in a market that was otherwise dominated by Android.”

“Technologically it is ’wow’ but they have integrated it into a Symbian phone which is viewed as, rightly or wrongly, yesterday’s technology, whereas I think there was some expectation that it might be in a Windows phone which is tomorrow’s technology,” Mawston said.

he new phones were introduced less than three weeks after Nokia announced plans to stop assembling cell phones in Europe by the year-end as it shifts production to Asia and to cut another 4,000 jobs — its latest attempts to cushion itself from stiff competition in the smartphone sector. The job cuts follow nearly 10,000 layoffs announced last year.

nce the bellwether of the industry, Nokia has lost its dominant position in the global mobile phone market, with Android phones and Apple’s iPhones overtaking it in the growing smartphone segment. It’s also been squeezed in the low-end by Asian manufacturers making cheaper phones, such as ZTE.

okia became the leading handset maker in 1998 and reached 40 per cent market share in 2008, but the company has gradually lost share since then — falling to below 30 per cent last year.

Taking imaging to a new high is the Nokia 808 PureView, the first smartphone

ot to be confused with a 41 MP camera, this smartphone has a large sensor and using Pixel oversampling, it combines many pixels to create a single pixel. This process virtually captures all details while filtering away the visual noise from the image. 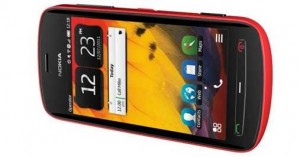 ther benefits include lossless zoom and superior low light performance. The default shooting resolution of the PureView mode is 5 MP in 16:9 aspect ratio, but users will also have an option to capture images in 2 MP and 8 MP resolutions. Also, the images clicked from the 808 PureView will let user access 3x lossless zoom for stills and 4x zoom in full HD 1080p videos.

owever, this innovative technology has been loaded on a Symbain Belle device for now and not the Windows Phone. The 808 PureView will also feature a 4.0 inch touch display, 16GB onboard storage along with 1.3GHz processor and 512 MB RAM.

MEC signed a favourable funding agreement provided by Economic CConsultants last week. The amount was 10 million US$. The funds will enable the company to complete their naval testing programs, and strengthen their

international presence. Press release and comprehensive interviews with the company’s top management will follow shortly. For more information also see the article we had in the EC Newsletter no. 1, 2012.

SCI received an offer for 20 million Euros last week from Economic Consultants. They are building a big fleet of rapid interception vessels making them highly effective in their fight against piracy.

If you want any information on our exiting projects, you are more than welcome to contact us.

A number of new and useful Templates are published every month. Stay on top go to the

If you want to have a printable version please click below;