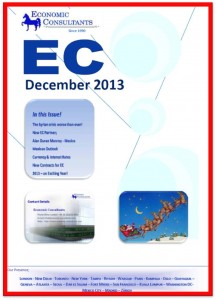 The Syrian crisis worse than ever!

We will be leaving 2013 as we entered with a nasty and horrible war going on in Syria.  As usual women and children are the big victims.  How can a whole world be sitting passive and allow this to happen?  A very weak leadership in the UN has sat the organisation on the sideline. And obvious to everyone, that is exactly what the Russians, Chinese and Americans like to see.  The bill now for immediate help is close to 6 Billon USD – and guess who will be paying?  It is painful to watch how the Western world allows the Russians and the Chinese bully us. And why does the US allow it? – Well who else should pick up the bill but the Chinese? The world’s leading nation continues to spend far more than they make and will keep on doing so until we have a change of leadership. True but very sad news for all those suffering in Syria – they should prepare for another terrible year for their many innocent people.

He worked for Banamex (owned by Citi group) funding small and mid-size companies. He then worked for the most important FX Company in Mexico, Monex giving clients the facility for trading the most common currency which is US dollars after Mexican pesos. He worked with mining, agriculture and industrial companies providing them with the services on offer, performing hundreds of transactions during the week facilitating international bank transactions, using the FX platform.

During the last two years he has focused on funding companies in tourism, construction, and specially working with the most important sector in Mexico which is Pemex. Petroleos Mexicanos is the government owned oil conglomerate which can easily be compared with Exxon Mobile or BP Global.

Mexico has huge potential for investors especially after the new energy reform President Peña Nieto has passed on to congress, giving Mexico an upper hand in comparison with Petro bras, Exxon, and other major oil conglomerates. 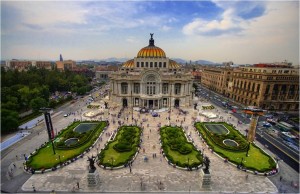 Mexico competes with Brazil in being the most important country on the American Continent after the United States and Canada. The country has huge potential of investment (do you mean need for investments or potential for investors?). We are now at a point when all the big investment firms are looking at us with big expectation’s due to the change of Political leadership the country got after last year’s election.

Mexico now produces 3MBPD (million barrels per day) which provides 35% of government cash flow. It is very important for the government’s politics and Internal Economic growth. The country has now entered into a new era that will make Mexico one of the most important emerging countries if not the most important.

Our geographical location is giving us a huge benefit. Mexico’s exports are around 1Billion USD every 24 hours, and the sectors involved are primarily vehicle manufacturers, mining facilities, electronic manufacturer’s and oil and gas exploration. Our major export markets are the United States, Canada, China and the European Union. 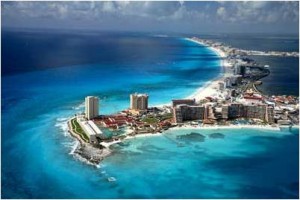 Mexico is the country having the most foreign treaties in the world, making us an attractive country to trade with and to invest in. Many countries fled to China during the last decade due to cheap labour and local fiscal arrangements, but we are now seeing that all those companies are coming back to Mexico. As for the energy sector we will be more competitive than China with wages now the same in both countries.

“It is my intention to bring major investments into Mexico”, says Mr. Monroy. “There are many reliable sectors that are not being exploited by Mexican banks and local investment firms. I believe our country has what it takes to become a first world country in the next 10 to 15 years, especially with the help of foreign investment firms that actually see the growth potential in Mexico.”

The Committee reached its decisions in the context of the monetary policy guidance announced alongside the publication of the August 2013 Inflation Report.

At the November 13th Inflation Report the opening Remarks by the Governor were quite positive.  Inflation is now as low as it has been since 2009. Jobs are being created at a rate of 60,000 per month. The economy is growing at its fastest pace in 6 years. 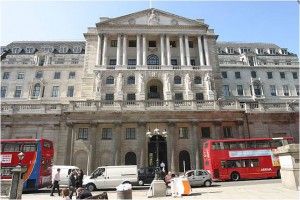 For the first time in a long time, you don’t have to be an optimist to see the glass as half full.

It is welcome that the economy is growing again, but a return to growth is not yet a return to normality. Nearly one million more people are out of work than in the years before the financial crisis. Many others in part time work would prefer to be working full time. Real wages are not yet increasing. And the economy remains 2.5% smaller than it was in 2008.

The British Pound keeps it strong position towards USD and NOK and although not yet back where it was one year ago against the Euro it is slowly but surely improving. The 100 index is creeping upwards and most likely showing signals that things are moving in the right direction in the European markets for Britain.

The Norwegian Stock Exchange (25) has gone from a level above 460 to 530. The new conservative government has already shown they will keep their promises something bedding for new and long term growth.

The NOK has kept on falling towards the most important currencies winch is good for exports that might see challenges in a still weak EU market.  It also helps reducing the enormous border trade leaks to Sweden.

In spite of all this the Salomon exports made new records both in price and volume reaching more than 50 billion NOK.  With a steady signal from the Central bank the interest rate will stay unchanged at 1.5% throughout 2014.

Denmark  The OMXC20CAP is down to 606. Still struggling wit a very weak government

The Swedish Interest rate down 0.25% to 0.75%. The main reason is said to be 0.1 inflation rate, quite much lower than expected. So again a good timely move.

EUR/USD has a steady flow in the corridor 1,334 to 1,336 and we predict it to stay that way in the next couple of months.

We are still experience a heavy demand for our services. So far this year we have had issued funding offers through different partners for more than 3.5 Billion USD.

We foresee this development to continue. Our website will be improved showing more details on the clients we involve with, thus attracting more investors and publicity for each project. The companies below have also signed up binding funding offers.

All projects open for investors. Contact us for more information on these highly interesting projects.

If you want to apply for equity or loan, please contact one of our Partners or go to our website for more information – and request for the EC CIS, – to get started!

For us at EC 2013 has been a very interesting year. We have managed to grow the company now having more than 35 well located and highly experienced Partners. The growth will still continue for next year.

We have as every year found and exposed people in the industry with only purpose in life and that is to steal from others. But regulation in the industry is getting better and in a few years time it will be more difficult for Scammers and Liars to survive for long. 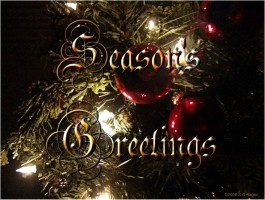 Next year will offer new options and new ways to fund businesses. We will as always concentrate on countries with a healthy political system and try to avoid political risk become a too big part of the project evaluation.

We are also planning to launch a new investment fund, the EC Asset Management Fund Ltd. This will be a very interesting fund where commodities will be the base.  The Head Trader is a very experienced man with a strong track record and we are looking very much forward to present this to all of you.

Have a Merry Christmas & a Happy New Year!!!