Research Funding is a term generally covering any funding for scientific research, in the areas of both “hard” science and technology and social science. The term often connotes funding obtained through a competitive process, in which potential research projects are evaluated and only the most promising receive funding. Such processes, which are run by government, corporations or foundations, allocate scarce funds. Total research funding in most developed countries is between 1.5% and 3% of GDP; Sweden is the only country to exceed 4% .

Most research funding comes from two major sources, corporations (through research and development departments) and government (primarily carried out through universities and specialised government agencies). Some small amounts of scientific research are carried out (or funded) by charitable foundations, especially in relation to developing cures for diseases such as cancer, malaria and AIDS.
In the OECD, around two-thirds of research and development in scientific and technical fields is carried out by industry, and 20% and 10% respectively by universities and government, although in poorer countries such as Portugal and Mexico the industry contribution is significantly less. 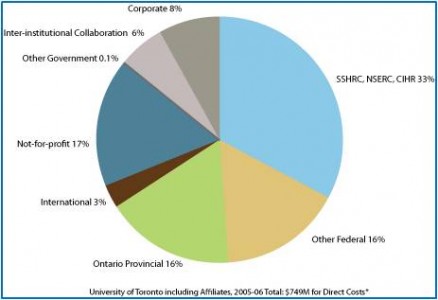 The US government spends more than other countries on military R&D, although the proportion has fallen from around 30% in the 1980’s to under 20%. Government funding for medical research amounts to approximately 36% in the U.S. The government funding proportion in certain industries is higher, and it dominates research in social science and humanities. Similarly, with some exceptions (e.g. biotechnology) government provides the bulk of the funds for basic scientific research. In commercial research and development, all but the most research-oriented corporations focus more heavily on near-term commercialisation possibilities rather than “blue-sky” ideas or technologies (such as nuclear fusion).

Government-funded research can either be carried out by the government itself, or through grants to academic and other researchers outside the government.
Critics of basic research are concerned that research funding for the sake of knowledge itself does not contribute to a great return. However, scientific innovations often foreshadow or inspire further ideas unintentionally. For example, NASA’s quest to put a man on the moon inspired them to develop better sound recording and reading technologies. NASA’s research was furthered by the music industry, who used it to develop audio cassettes. Audio cassettes, being smaller and able to store more music, quickly dominated the music industry and increased the availability of music.
An additional advantage to government sponsored research is that the results are publicly shared, whereas with privately funded research the ideas are controlled by a single group. Consequently, government sponsored research can result in mass collaborative projects that are beyond the scope of isolated private researchers.

Funding of research by private companies is mainly motivated by profit, and are much less likely than governments to fund research projects solely for the sake of knowledge. The profit incentive causes researchers to concentrate their energies on projects which are perceived as likely to generate profits. However, the rise of corporate responsibility as an important communication issue for larger corporation led to experiments in funding basic research by companies such as IBM (high temperature supra conductivity was discovered by IBM sponsored basic experimental research in 1986), L’Oreal (which created the L’Oreal-Unesco prize for women scientists and finances internships), AXA (which launched a Research Fund in 2008 and finances Academic Institutions such as advanced fundamental mathematics French Fundation IHES), e.g. 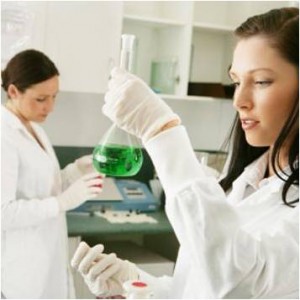 An often-quoted case study is the first sequencing of the human genome, which was simultaneously carried out in two competing projects, the United States government-managed Human Genome Project (HGP) and the private venture capital funded Celera Genomics. Celera Genomics used a newer, albeit riskier technique, which some HGP researchers claimed would not work, although that project eventually adopted some of the same methods. However, it has been argued by some genomics researchers that a simple efficiency comparison for such programs is not apt. Much of the funding provided for the HGP served the development of new technologies, rather than the sequencing of the human genome itself. In addition, Celera started much later than the HGP and could take advantage of the experience gained by the HGP, which, as a publicly funded project, made much of its work available as a basis upon which Celera could build. Though Celera’s sequencing strategy allowed the sequencing of the majority of the human genome with much higher efficacy, the strategy used by the HGP allowed the sequencing of a higher percentage of the genome.

Often research funding is applied for by scientists and approved by a granting agency to financially support research. These grants require a lengthy process as the granting agency can inquire about the researcher(s)’s background, the facilities used, the equipment needed, the time involved, and the overall potential of the scientific outcome. The process of grant writing and grant proposing is a somewhat delicate process for both the granter and the grantee: the granter wants to choose the research that best fits their scientific principles, and the grantee wants to apply for research in which he has the best chances but also in which he can build a body of work towards future scientific endeavours. This interplay can be a frustrating and lengthy process. 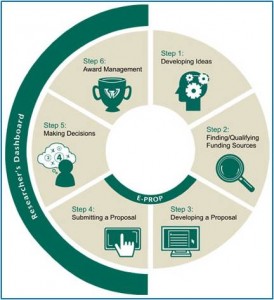 However, most universities have research administration offices to facilitate the interaction between the researcher and the granting agency. “Research administration is all about service—service to our faculty, to our academic units, to the institution, and to our sponsors. To be of service, we first have to know what our customers want and then determine whether or not we are meeting those needs and expectations.”
The National Council of University Research Administrators (NCURA) serves its members and advances the field of research administration through education and professional development programs, the sharing of knowledge and experience, and by fostering a professional, collegial, and respected community.

A 2005 study in the journal Nature surveyed 3247 US researchers who were all publicly funded (by the National Institutes of Health). Out of the scientists questioned, 15.5% admitted to altering design, methodology or results of their studies due to pressure of an external funding source. In a contemporary study published in the New England Journal of Medicine[citation needed], a similar proportion of the 107 medical research institutions questioned were willing to allow pharmaceutical companies sponsoring research to alter manuscripts according to their interests before they were submitted for publication.

In the eighteenth and nineteenth centuries, as the pace of technological progress increased before and during the industrial revolution, most scientific and technological research was carried out by individual inventors using their own funds. A system of patents was developed to allow inventors a period of time (often twenty years) to commercialise their inventions and recoup a profit, although in practice many found this difficult. The talents of an inventor are not those of a businessman, and there are many examples of inventors (e.g. Charles Goodyear) making rather little money from their work whilst others were able to market it.
In the twentieth century, scientific and technological research became increasingly systematised, as corporations developed, and discovered that continuous investment in research and development could be a key element of success in a competitive strategy. It remained the case, however, that imitation by competitors – circumventing or simply flouting patents, especially those registered abroad – was often just as successful a strategy for companies focused on innovation in matters of organisation and production technique, or even in marketing. A classic example is that of Wilkinson Sword and Gillette in the disposable razor market, where the former has typically had the technological edge, and the latter the commercial one.
Sources; Wikipedia and other encyclopedias