Investment has different meanings in finance and economics. Finance investment is putting money into something with the expectation of gain, that upon thorough analysis, has a high degree of security for the principal amount, as well as security of return, within an expected period of time.  In contrast putting money into something with an expectation of gain without thorough analysis, without security of principal, and without security of return is speculation or gambling. As such, those shareholders who fail to thoroughly analyze their stock purchases, such as owners of mutual funds, could well be called speculators. Indeed, given the efficient market hypothesis, which implies that a thorough analysis of stock data is irrational, all rational shareholders are, by definition, not investors, but speculators.

Investment is related to saving or deferring consumption. Investment is involved in many areas of the economy, such as business management and finance whether for households, firms, or governments.
To avoid speculation an investment must be either directly backed by the pledge of sufficient collateral or insured by sufficient assets pledged by a third party.  A thoroughly analyzed loan of money backed by collateral with greater immediate value than the loan amount may be considered an investment. A financial instrument that is insured by the pledge of assets from a third party, such as a deposit in a financial institution insured by a government agency may be considered an investment. Examples of these agencies include, in the United States, the Securities Investor Protection Corporation, Federal Deposit Insurance Corporation, or National Credit Union Administration, or in Canada, the Canada Deposit Insurance Corporation.
Promoters of and news sources that report on speculative financial transactions such as stocks, mutual funds, real estate, oil and gas leases, commodities, and futures often inaccurately or misleadingly describe speculative schemes as investment.
Investment: thorough analysis and security. Speculation: analysis and some risk. Gambling: lack of analysis and lack of safety.

In Economics or Macroeconomics

In economic theory or in macroeconomics, investment is the amount purchased per unit time of goods which are not consumed but are to be used for future production. Examples include railroad or factory construction. Investment in human capital includes costs of additional schooling or on-the-job training. Inventory investment refers to the accumulation of goods inventories; it can be positive or negative, and it can be intended or unintended. In measures of national income and output, “gross investment” (represented by the variable I) is also a component of Gross domestic product (GDP), given in the formula GDP = C + I + G + NX, where C is consumption, G is government spending, and NX is net exports. Thus investment is everything that remains of total expenditure after consumption, government spending, and net exports are subtracted (i.e. I = GDP – C – G – NX).

Non-residential fixed investment (such as new factories) and residential investment (new houses) combine with inventory investment to make up I. “Net investment” deducts depreciation from gross investment. Net fixed investment is the value of the net increase in the capital stock per year.
Fixed investment, as expenditure over a period of time (“per year”), is not capital. The time dimension of investment makes it a flow. By contrast, capital is a stock— that is, accumulated net investment to a point in time (such as December 31).
Investment is often modeled as a function of Income and Interest rates, given by the relation I = f(Y, r). An increase in income encourages higher investment, whereas a higher interest rate may discourage investment as it becomes more costly to borrow money. Even if a firm chooses to use its own funds in an investment, the interest rate represents an opportunity cost of investing those funds rather than lending out that amount of money for interest.

Investment related to Business of a firm – Business Management

The investment decision (also known as capital budgeting) is one of the fundamental decisions of business management: Managers determine the investment value of the assets that a business enterprise has within its control or possession. These assets may be physical (such as buildings or machinery), intangible (such as patents, software, goodwill), or financial (see below). Assets are used to produce streams of revenue that often are associated with particular costs or outflows. All together, the manager must determine whether the net present value of the investment to the enterprise is positive using the marginal cost of capital that is associated with the particular area of business.
In terms of financial assets, these are often marketable securities such as a company stock (an equity investment) or bonds (a debt investment). At times, the goal of the investment is to produce future cash flows, while at others it may be for the purpose of gaining access to more assets by establishing control or influence over the operation of a second company (the investee).
Business firms or organisations raise funds from investors in the form of equites and debts (collectively known as the capital structure) and further reinvest it into various investment schemes by carefully analysing the returns in order to meet out their obligations relating to purchase of assets which provides them long term benefits of compensation.

In finance, investment is the commitment of funds through collateralized lending, or making a deposit into a secured institution.
In contrast to investment; dollar cost averaging, market timing, and diversification are phrases associated with speculation.
Investments are often made indirectly through intermediaries, such as banks, Credit Unions, Brokers, Lenders, and insurance companies. Though their legal and procedural details differ, an intermediary generally makes an investment using money from many individuals, each of whom receives a claim on the intermediary.

The Code of Hammurabi 1700 B.C. provided a legal framework for investment establishing a means for the pledge of collateral by codifying debtor and creditor rights in regard to pledged land. Punishments for breaking financial obligations were not as severe as those for crimes involving injury or death. 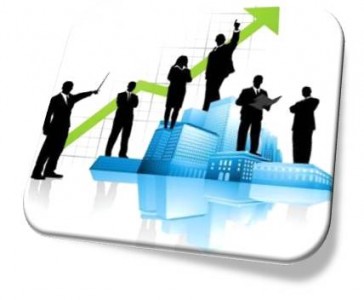 In the early 1900s purchasers of stocks, bonds, and other securities were described in media, academia, and commerce as speculators. By the 1950s the term investment had been co-opted by financial brokers and their advertising agencies to promote speculation.

Real Estate as the Instrument of Investment

In real estate, investment money is used to purchase property for the purpose of holding, reselling or leasing for income and there is an element of capital risk.

Investment in residential real estate is the most common form of real estate investment measured by number of participants because it includes property purchased as a primary residence. In many cases the buyer does not have the full purchase price for a property and must engage a lender such as a bank, finance company or private lender. Different countries have their individual normal lending levels, but usually they will fall into the range of 70-90% of the purchase price. Against other types of real estate, residential real estate is the least risky.